Episode 72 Reaching Out With Your Story With Eli Nash 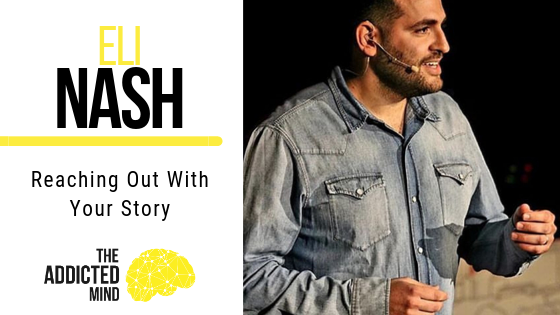 When Eli finally hit his emotional rock bottom, he reached out to his therapist for 5 years and finally came clean about the behavior that he had been hiding in shame for most of his life. His therapist put him in touch with another one of his clients who was having a similar struggle with porn addiction, and Eli became a part of his new friend’s 12-step support group. Through this group, he was finally able to break the shame cycle and realize that he was not alone in his struggles. Brené Brown defines shame as “the fear of not being worthy of connection,” and Eli found this definition to be completely accurate in his own life. When he started to feel worthy of connection, his shame started to break down, and while it was not an overnight change, it was not as overwhelming.

Through this support group, he learned that telling his story brought him some freedom and connection that he had not known for so long. He realized that other people had similar stories and struggles that they had been hiding as well. In 2018, Eli launched Mic Drop as a resource for training people to tell their stories in a way that could aid their recovery journeys from the traumas or addictions in their past and also potentially use them as a jumping-off point for those listening who have similar struggles. Everyone has a story, but we will never know how alike we are until we are open about sharing what we have gone through.