Episode 67 – If You Love Me: A Mother’s Journey Through Her Daughter’s Opioid Addiction with Maureen Cavanagh 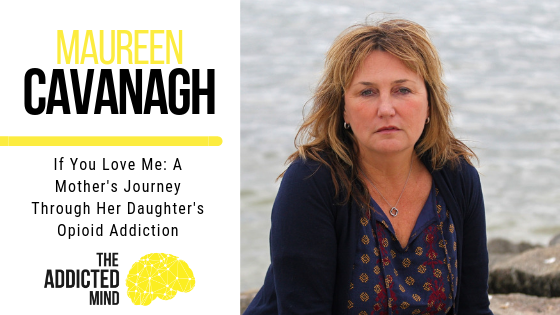 Our guest on this episode of the Addicted Mind podcast is Maureen Cavanagh, author, and founder of Magnolia New Beginnings. Maureen’s family had a long history of addiction, but since she was not personally prone to addiction, she thought that she knew the formula to help keep her kids away from addiction as well. However, her world was suddenly shaken when one of her daughters came to her to admit that she had been experimenting with heroin.

Even living in an upper-middle-class neighborhood, opioids were not difficult for her daughter to find, and once she tried heroin for the first time, the road to sobriety and recovery proved to be steep. Just when Maureen thought her daughter had a handle on her addiction, it would rear its ugly head again, and she would see just how much of a hold it had on her precious child, who was now an adult. Maureen did what she believed any good parent would do: she dropped everything and rushed to her daughter’s aid, providing her with whatever she needed and paying for her to get into a treatment center again.

She found out that her daughter had a “friend” who was providing her with the drugs, protecting her from her family when they came looking for her, and reviving her if and when she overdosed. Even with this barrier between them, Maureen knows of 13 times when her daughter was admitted to the hospital after an overdose, and at least 40 separate stints at treatment centers before something finally clicked.

Maureen realized that she was on her own journey during this time, which was intended to be separate from her daughter’s journey. The more Maureen tried to hold on and help her daughter get out of whatever situation she was in at the time, the farther away her daughter seemed to drift. However, when Maureen was able to let go and provide her daughter with some space, not jumping to her rescue but rather empowering her daughter to rescue herself, that was the moment when her daughter started getting better.
Somewhere after treatment center #40, the rehab took, and for the past 2 years her daughter has been sober with the help of her family, her therapist, her recovery coach, and her community. Maureen went against her instinct to keep family business private when she was approached by a publishing agent about sharing her story, and the hundreds of people who have messaged her since the book came out are proof that the world needed to hear the honest truth about what it is like to be the parent of an addict. In addition to her book, Maureen provides resources and support groups through her non-profit, Magnolia New Beginnings, which is impacting tens of thousands of people.