159 Feeling Your Feelings and Being Okay With It with Justin B. Long 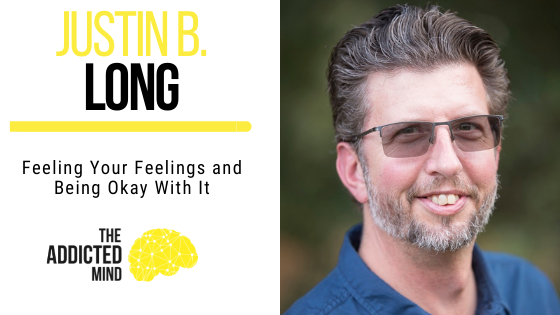 On today’s episode of The Addicted Mind Podcast, Duane talks with Justin B. Long about his journey through childhood trauma and how he tried to escape it through alcoholism. We discuss the traps of toxic masculinity, the idea that, as men, we can’t share our feelings. We can’t be vulnerable. We should be stoic at all times. In the episode, you’ll learn how that idea prevents us from being able to heal from our past wounds. Justin shares his story of hope and healing for everyone else out there who’s struggling with the same issues.

Justin is the author of The Righteous Rage of a Ten-Year-Old Boy: A Journey of Self-Discovery. In his book, he talks about uncovering our deeper feelings by addressing childhood events and traumas and changing how our emotions are tied to those memories. Justin has poured his deepest, darkest secrets into the book. As he pointed out, the more sunshine gets on those secrets, the less power they have over him.

As he was trying to recover from alcoholism in his mid-30’s, Justin had to go back to the beginning of time to understand what drove him to alcoholism. Justin grew up with two very emotionally dysfunctional parents: his dad was a workaholic and a rageaholic and his mom was deep into extreme religiosity and hoped that God would solve her emotional challenges. He found himself in the wrong place at the wrong time. His parents didn’t have any emotional tools to support him or help him. Therefore, he grew up in an unhealthy environment. The way his dad treated him taught him that he was a failure no matter what he did.

Feeling unworthy, uncomfortable, and untrusting, Justin turned to books as a way to escape reality. Then, as he got older, he discovered alcohol. It made him feel good about himself and he felt accepted for the first time in his life. So, alcohol became his tool to feel good about himself. Justin didn’t realize that it wasn’t a solution or that it was just a band-aid. However, like all external things, it had diminishing returns over time. It worked less and less until it stopped working altogether.

[09:21] – “My biggest problem that made me decide I had to quit drinking was that the more I got drunk around other people, the more I misbehaved and just couldn’t seem to control myself.”

[13:15] – “Everything that I thought I knew about myself to be true was not true. And I get to rewrite that story.”

[16:12] – “In your formative years, you take everything from around you, and you believe that to be true.”

The Righteous Rage of a Ten-Year-Old Boy: A Journey of Self-Discovery