158 The Science of Addiction with Gill Tietz 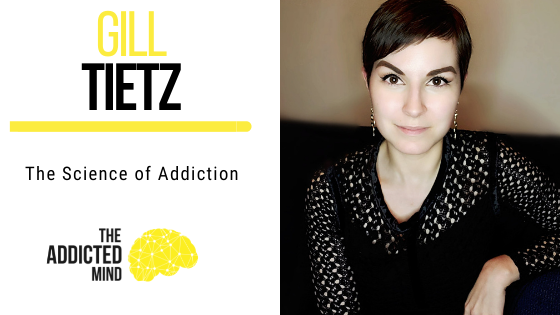 On today’s episode of The Addicted Mind Podcast, Duane speaks with Gill Tietz, a biochemist and the host of the Sober Powered Podcast. Gill shares her alcohol addiction journey, the connection between our brain chemistry and addiction, and how she used her knowledge of science to achieve sobriety, change her way of thinking, and ultimately change her life.

Gill had her first drink at 18 years old and, after feeling shame and guilt, she decided not to drink anymore after that. Four years later, when she was at grad school, she started drinking with her colleagues. Having dealt with bullying and trauma early in life, Gill just wanted to fit in. Once she had just one drink, she thought it was magic and the best feeling in the world. Best of all, she finally felt included.

Within a year, she became a daily drinker. Drinking was a huge part of the culture of the lab she worked at so she thought it was normal behavior. By the second year, she was drinking a lot more with 80% or more alcohol in her drinks. She was blacking out several nights a week and going to work massively hungover. Towards the end, she started having several mental health issues, hating herself, and becoming very suicidal.

Finally, Gill braved through her alcohol issue by accepting reality and looking at her drinking for what it was versus what she was hoping it could be someday. By removing emotions from the equation, she started to look at things from a more scientific perspective. Having removed feelings of shame and guilt, she opened herself up to self-compassion.

[19:42] – “In science, you’re trained to be very objective. Your thoughts and beliefs about something don’t make it true.”

[20:07] – “The big reason I was able to stop – I finally accepted reality and looked at my drinking for what it actually was.”

[22:56] – “When you can disconnect yourself from that, and just look at the actual facts of what’s going on, it’s helpful to make a good decision.”

[24:47] – “It’s a bunch of different risks that add and subtract from each other. And if they add up enough, your risk of having a problem is very, very high. And then bam, you have a problem.”

[29:15] – “As you abuse alcohol, it makes changes to your reward system and other areas of your brain.