The Addicted Child with Richard Capriola 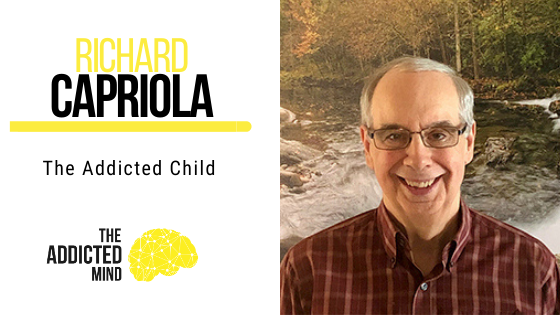 Whether you’re a parent with an adolescent kid struggling with substance or alcohol abuse, or you know someone whose kid is struggling from such, adolescent addiction is a serious issue that we, as a society, should not be taking lightly.

Oftentimes, adolescents hardly share things like substance abuse with their family because they are afraid of being judged by their family – which is a huge motivator for them to shut down.

Are You Seeing the Signs?

Richard Capriola, substance abuse counselor and author of the book The Addicted Child: A Parent’s Guide to Adolescent Substance Abuse, says that during his time working with adolescents, he noticed that a lot of parents were surprised at the extent of their child’s use of substances.

Unfortunately, they misinterpret the signals they’re seeing and they tend to write it off as just being some type of developmental issue. They get trapped into thinking this is just some crazy teenage behavior that’s going on and it’ll pass. And then later, they find out it wasn’t quite the case.

Don’t just assume it’s normal adolescent development. Pay attention to any changes you see in the child’s appearance, behavior, and attitude. Those can all be warning signs that maybe something’s going on underneath the surface which you need to investigate a little bit deeper.

There’s a much better chance of moving adolescents away from alcohol or drug use if parents can identify and address the underlying issue that’s driving the child to use alcohol or drugs.

Once you’re able to move the discussion away from focusing on alcohol and drug abuse, you’re opening the door for them to talk about what’s really troubling them and the real reason they’re using alcohol and drugs. And so, you move the conversation to getting at the core issue.

As much as addiction affects the child, it also affects the entire family system so the family needs treatment as well. And this is where social work comes into play.

Dealing with adolescent substance abuse in your family all becomes a team effort because there are a lot of issues involved that go beyond just the substance use.

Additionally, a large part of treatment involves not only addressing the alcohol and drug use but teaching kids coping skills – and the family plays a major role in the outcome as well.

If you want to learn more about dealing with adolescent addiction, check out Episode 116: The Addicted Child with Richard Capriola.