Steve Melen’s Story of Cancer, Addiction, and the Resiliency that Helped Him Overcome it All 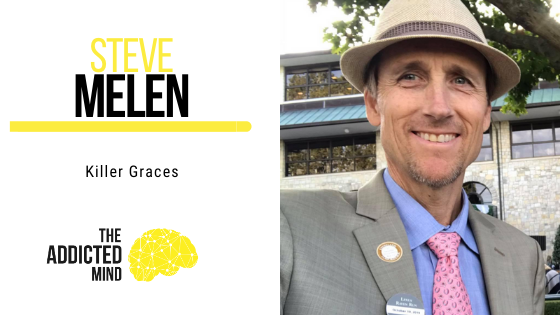 When we go through extreme pain, it’s easy to feel like we’re all alone. We doubt that anybody has felt the level of pain that we are currently experiencing. Life begins to feel hopeless and we start believing that there is just no reason to carry on.

However, there is always some good ahead. Think of the countless stories of those who have survived unimaginable circumstances and lived to tell about it.

One such story is that of Steve Melen. I recently had a conversation with Steve about that story. He carries a resiliency and a hope for getting through the hard stuff in life that is inspiring.

During our conversation, we discuss his journey through stomach cancer, addiction, and survival.

At the age of 37, Steve was diagnosed with stomach cancer. Almost immediately, he had surgery and began aggressive treatments. Steve was in constant pain and turned to pain medication to numb everything out. Because he was in such legitimate pain and was still a patient in the hospital, no one turned down anything he requested. From there, his doctors continuously increased his prescriptions as his tolerance increased.

Steve had a friend who was a doctor at the hospital and gave him a wake-up call: he told him it wasn’t a matter of if, but when, he would have a problem with the pain meds. Realizing this, he took his friend’s advice and only went to one doctor. This doctor started working with him to cut down his prescriptions, but Steve wasn’t able to do it. Eventually, he decided to quit cold turkey, which caused him to have to go to the ER. When they gave him a shot that made him feel instantly better, he realized how bad his problem was. From there, he decided to finally fight the addiction and go through detox.

Steve’s main drive was to be a good husband and father. He took little steps every day to get back to normal such as beginning to gain some weight back and take short walks. He also began to eat meals out again, which was hard for him.

However, this eventually turned into numbing his pain with another substance–alcohol. He realized that even as he tried to get back to life as normal, his wiring was permanently changed as a result of the opiate addiction.

Eventually, things did get back to normal. It wasn’t without sacrifice, though. Steve went through a divorce and was in therapy for many years before he finally found healing.

While he was still going through his recovery, however, he met a man, told him his story, and the man told him they needed to write a book about his story immediately. Steve just knew he needed to get his story out there. The title came from a racehorse that Steve bought when he was going through his stomach cancer. That piece of his life added a spark to his terrible circumstances. He also realized that he had truly been through some killer things but that they had been graces in disguise. When he started writing his book, he realized the name just fit for the title, too.

If you want to learn more about Steve’s riveting and hopeful story, check out Episode 119: Killer Graces with Steve Melen.