Sailing Through Recovery with David Greer 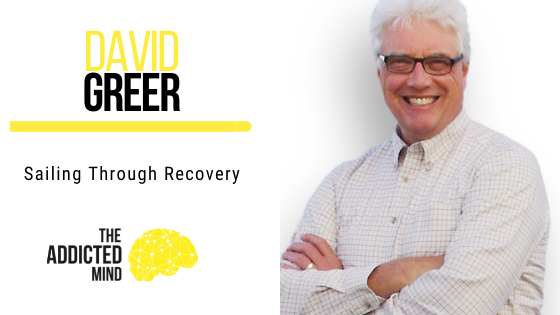 Entrepreneurs and high-performing individuals are highly persistent and driven. Oftentimes, they are in control as they push themselves to success. They look really good on the outside.

However, when they have an undercurrent of hurt and pain that is never expressed or paid attention to, they’re also likely to numb out from the pain through alcohol, drugs, sex, or something else.

Let’s add to that the fact that drinking is pretty normalized in Canada, the US, and Western Europe. It’s even more normalized in many businesses as their way of closing deals. Unfortunately, we need to understand the progressive nature of this disease.

David Greer grew up in a household where drinking was normalized. He carried it on until he became an entrepreneur. This resulted in him having a difficult time recognizing that he had an issue with alcohol. He was in denial because he was highly functional and it seemed like he had it all together on the outside.

His moment of clarity came to him one evening while sailing on the Mediterranean under the stars. At that moment, he felt his higher power touch him.

David has been in recovery for over 12 years now. For the last six years, he has been a business coach and a facilitator of strategic planning who works exclusively with entrepreneurs.  He decided to break his anonymity from the 12-step program and come out publicly to help other entrepreneurs who are running successful businesses and who are also struggling with alcohol or addiction so they can move to the next level.

According to David, when you’re setting goals for yourself, whether that’s for the year or the quarter, there are three parts of your life that you need to focus on: your career or business, your relationships (family and significant others), and then there’s YOU in the middle.

Most entrepreneurs are so persistent and passionate about the first two that they forget about themselves. Then they end up being squashed in the middle because they don’t make it a priority to look after themselves.

Therefore, you must figure out what that goal is for yourself. Do the things that sustain you. Even though you may not be using alcohol or drugs as a coping mechanism, you could still end up getting burned out and things like depression could show up because you’ve forgotten to take care of yourself.

It’s a complete myth that you have to be a workaholic to be able to build a successful business. You deserve self-care and you deserve to do the things that are 100% just for you.

If you want to learn more about David’s story of recovery, check out Episode 149: Sailing Through Recovery with David Greer.