How Perfectionism and Shame Can Lead to Addiction: Wanja Joy’s Story of Recovery 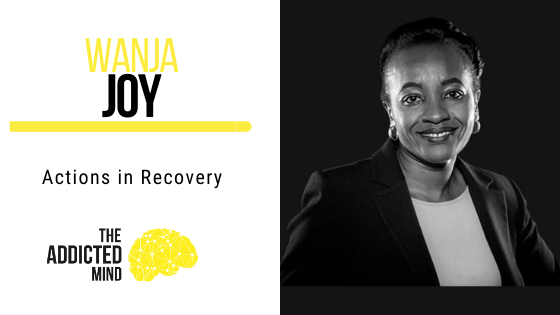 Hiding–many addicts do it. It’s what keeps them locked in prisons of guilt and shame. It’s how they convince even themselves that they don’t have a problem. It’s the very thing that prevents them from getting the help that they so desperately need.

Wanja Joy has experience with hiding. She hid her alcohol addiction from everyone in her life. Even after she reached out for help and started seeing a therapist, she hid her struggle with alcohol from him.

However, Wanja went through an incredible recovery process and now helps others do the same. This is her story.

Wanja’s Struggle with Perfectionism and Shame

Wanja Joy came to realize at the height of her disease how perfectionism had played into it. It was brewing in her from a young age. She had a disease of perception before she ever picked up a substance.

It is the same with anyone struggling with addiction. We formulate stories in our minds and accept them as truth without giving them a second thought. If we don’t realize how our minds are blowing things up, we can easily fall into addictions to numb or hide from the pain.

Wanja hid her addiction from everyone for a long time. She would be on her way home from work and not only desire something to drink but to drink more in secret, where her husband couldn’t see her. She would also often say no to attending parties or leave early to avoid the alcohol there. Sometimes she would bring her own alcohol in a big purse and nobody would know.

However, she eventually began to feel so restless and fearful that she had to reach out. She called her friend and asked her for help. When the friend asked, Wanja asked her to take her to her therapist.

Eventually, Wanja found her way into rehab. There, she first had to learn to abstain in the moment.

This started with recognizing the things that led her to pick up a drink. These things had become instincts and reflexes that were super gratifying for her. She always had a drink at arm’s length and her arm just reached for it automatically.

However, as people began to ask her what she was feeling in rehab, she learned to take the time to stop and recognize her feelings. She started making the choice to share where she was at, what she was feeling, and what she needed help with instead of drinking.

If you want to learn more about Wanja’s story and what actions in recovery really are, check out Episode 121: Actions in Recovery with Wanja Joy.