A Real-Time Glimpse of Alcoholism, Depression, and Loss During a Search for More Sunrises with Amy Law and Jeff Deck 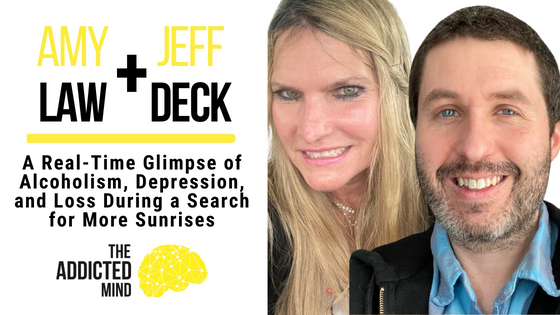 Recovery from addiction doesn’t just stop there. People in recovery could still be struggling with depression.

While addiction and depression are somewhat correlated, both of them should still be addressed individually.

Written by Andrew J. Marsjanik, Amy Law, and Jeff Deck, the book, We Got This, Kids sends a message of hope – and that help is available, you just have to ask.

In September 2019, Andy took his own life at 52 years old. He had been a significant alcoholic for 30 years. It was a severe substance misuse disorder that affected every part of his life. However, he was extremely intelligent, and he was very successful.

Andy did get out of rehab, but his depression was never addressed. At that time, Andy was writing his memoirs, but never got to finish them.

Mustering up the courage to share her brother’s story, Amy decided to give Andy the agency to help other people even beyond the loss. Andy told his story as he experienced it, in so much detail. It gave a real-time look into the mind of someone dealing with issues of mental illness and addiction and recovery.

The book brings Amy’s story to the forefront as well. The pieces of the book that she wrote contextualized Andy’s struggles. She talked about situations in his life that he didn’t really get a chance to write about, and she was able to add extra dimensions to what he wrote about.

And so, as much as people can see, in Andy’s own brilliant voice and storytelling, the things he was going through, the book also reflected how it affected the people who cared about him. And this is something a lot of people can resonate with.

If you want to learn more about Andy’s story, check out https://theaddictedmind.com.