A Neurological Approach to the Treatment of Addiction with Dr. Michael Barta 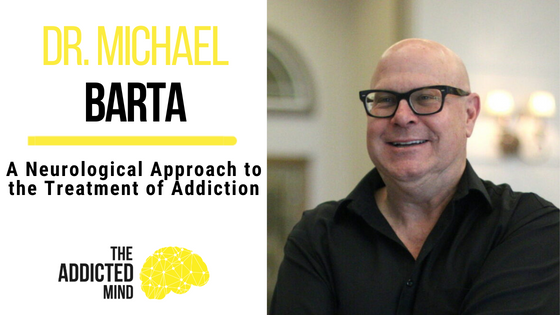 We’re wired to connect. We hear that all the time. It actually means that we have this wiring. However, we need another person’s wiring to complete the circuit. This is how humans are supposed to work – it’s the social engagement system. But turned off, it becomes a predisposition for addiction.

Dr. Michael Barta, a licensed professional counselor and certified sex addiction therapist, explains how our nervous system, which he calls the operating system, actually plays a critical role in the treatment of sex addiction.

The TINSA and ENTUNE Models

In 2017, Dr. Michael Barta published the TINSA model explaining how traumatic events can affect the person, which happens because the nervous system is malaligned. The model shows how a person’s autonomic nervous system is changed by trauma.

This operating system is inside of us and it happens below our level of consciousness. But it’s responsible for everything we think, say, and do. It’s therefore important that we’re able to work with this system the way it’s supposed to work, instead of trying to control a system.

The Role of the Nervous System in Addiction Treatment

We’re designed to connect. When the operating system isn’t functioning normally, we’re not able to connect. But what goes wrong with us is that the social engagement system is either not ever turned on, it’s not used and strengthened, or there’s something that occurs in our life that knocks it off.

A lot more prevalent than the bigger traumas, deprivation trauma is a developmental trauma where there’s a sudden breach in connection that takes the social engagement system offline. Those are the big events in our life like the death of a loved one, severe car accident, war, devastation, etc., which is a predisposition for addiction. In order to treat addiction, we then need to heal the trauma first, and this can be done by activating the social engagement system.

If you want to learn more about Dr. Michael Barta’s work and the neurological approach to the treatment of sex addiction, check out https://theaddictedmind.com/201.