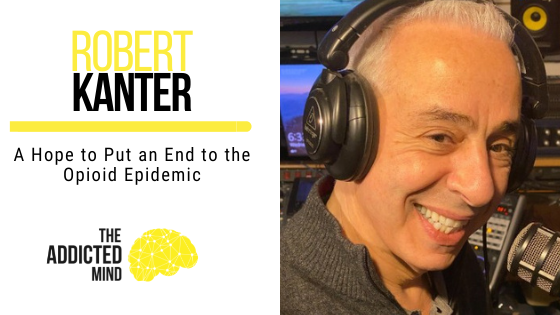 There is so much stigma around people who struggle with addiction so they often get dismissed by other people, their loved ones, and society in general. Therefore, it’s so important that we show the humanity behind it and realize that these people are not just numbers. They’re people who have families.

Robert Kanter, an international recovery advocate addressing the opioid epidemic, talks about his advocacy work and tries to bring a human face to it.

In 2020, overdose fatalities hit 93,000 in the US. This was a record-breaking amount with COVID exacerbating the existing opioid crisis. It was an epidemic within the pandemic.

Just to give you context of how serious this problem is, Robert says that we lost more people last year to overdose fatalities than we lost in the entire Vietnam War.

The Root of the Opioid Epidemic

The problem is when you have pharmacists, doctors, distributors, and manufacturers like Purdue pointing fingers at each other when, in fact, everyone is culpable.

For Robert Kanter, the real culprit behind this problem is the Food and Drug Administration because they are the gatekeepers. They’re the ones that are supposed to protect the American public. With these entities all pointing the finger, nobody is held responsible. That is the problem.

A Hope to Put an End to This Crisis

A lot of great individuals, specifically Congressman Trone, are coming up with a lot of great legislation and new pathways to recovery like medication-assisted treatment.

This is considered a landmark case because it will be the first time that culpability will be assigned. There are over 3,000 other lawsuits around the country related to the epidemic against physicians, pharmacists, distributors, and so forth.

Just two weeks ago, a settlement was announced that said $26 billion will be going to all the states for treatment programs. It’s a step in the right direction. If these other lawsuits go through quickly, the avenues for treatment around the country will potentially start to open up.

If you want to learn more about the opioid epidemic and Robert’s advocacy work, check out Episode 143: A Hope to Put an End to the Opioid Epidemic with Robert Kanter.